After visiting Ronelle Chambers for nearly four years, I can say that she is an exceptional Mistress with facilities that can only be described as exceptional.

The photographs do not fully reflect the amount of choices that are available in these rooms. Mistress has slaves who have been visiting for up to twenty years, this reflects the loyalty that she commands.

For me the journey to submission has been exceptional by a mistress who is among the best exponent of bondage and CP around today.

Its always with excitement an some trepidation I visit, as each time is different and never a disappointment!

Mistress Ronelle’s chambers are very easy to find with ample nearby parking. Mistress opened the door and let me in, with her usual wide smile and looking fantastic in her shiny latex dress.

Following our usual short chat I was invited to get myself ready and return to her dungeon when ready and Mistress would be ready for my suffering to begin. When I returned, Mistress was stood waiting with a metal butt plug in her hand.  She instructed me to bend over whilst she not only inserted the plug, but tied it securely in place to there was no way of it coming out in the session and as I stood up was forced deeper into me.

I was led to Mistress’s bench where I was strapped down securely, my hands able to touch Mistress’s firm latex clad body….until she secured them so she was just out of reach from my secured wrists. Mistress fitted a gas mask to me and fed me a good dose of poppers…. then came the nipple clamps and electrics on my cock too. As the torture and her teasing continued all I wanted to do was suffer more and more for my Mistress.

I have had the pleasure (if that’s the right word?) of sessioning with Mistress Ronelle on five occasions now in late 2019 & early 2020… Safe, sane, consensual & fun is how I would describe my experiences.

Mistress, whilst ensuring you receive equal amounts of pain & pleasure, is very demanding and certainly some of my limits & boundaries have been stretched…

I arrived for my first of many sessions I have had with Mistress Ronelle feeling nervous and apprehensive. However, she immediately made me feel at ease by taking the time to first of all show me around her impressive dungeon and its fine array of equipment. I know some mistresses prefer a domestic setting to deliver their sessions, but for me part of the session is the atmosphere and ambience and Mistress Ronelle’s set up is as good as anyone’s.

We then had a relaxed chat about what I was hoping to achieve, my limits and how far I would like to be pushed. Once everything was understood she went off and changed, shortly followed by the commencement of the session. Mistress Ronelle utilises her skills and experience to the fullest and has a brilliant understanding of what makes someone tick and knows someone’s limits without need of safe-words, although she does provide one if needed.

Mistress Ronelle is very open-minded and isn’t shocked or opinionated with any particular request and is easy to talk to. None of my sessions with Mistress Ronelle have been rushed and she is very generous with her time. So, if you’re looking for an understanding mistress with top-rate facilities and someone that is non-judgmental you only have to give Mistress Ronelle a call and get booked in.

I have visited Ronelle’s Chamber for a number of years now. I remember my first session very well. I was nervous as hell, as it was my first visit to a professional Mistresses. I needn’t have worried. Miz Ronelle put me at ease and I had one my best experiences of my life.

Every time I have visited Miz Ronelle, she always has something new up her sadistic sleeves. That’s what I like, always something new and painful, be it a good whipping, flogging , caning and CBT involving some stinging nettles and ball stretchers. One of my favourite sessions is when Miz Ronelle uses electrics; especially electric sounds and butt plugs. Having my cock sucked by her TV maid was another first and I loved every minute.

All I can say is Miz Ronelle provides a very good session, you wont be disappointed I can assure you that Miz Ronelle is a 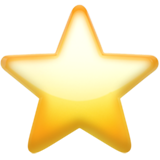 I hope to visit Miz Ronelle in the near future once this Coronavirus crises is over.

I visited Mistress Ronelle after beforehand in correspondence with her described my fantasy to be tightly restrained in rubber and tortured by one of the Rubex rubber Goddesses brought to life. When I arrived at Mistress Ronelle’s Chamber I was met by the personification of that vision.

After a brief “getting to know you better” my fantasy was fully brought to life. It was totally amazing however I realised after a time that I had bitten off a little more than I could chew and had to ask for a break. I was greatly impressed by the way that Mistress Ronelle handled this.

I was released and we moved to another room in her magnificent chambers, which are awesomely equipped throughout. I was permitted to join her on a settee. She reclined and rested her booted legs, which were covered by a long, heavy rubber skirt on me. I don’t need to tell you that this was thrilling.

I was permitted if not gently commanded to sniff poppers while Mistress verbally probed the depths of my perverted depravity. The dialogue was very much two-way as Mistress Ronelle both interrogated and also directed a little along the lines that it became clear also stimulated her. To say that this conversation was hot would be an understatement.

Mistress Ronelle is no clock watcher. After session care was extensive in duration and very engaging. We chatted for ages. Mistress Ronelle was great fun to talk to and in combination with general social conversation and a review of what had just happened, she was already exploring what I might suffer in future for her amusement.

As a slut/slave of 30 years I can say that Mistress Ronelle is the best.

I have met a number of Mistresses over the years and Mistress Ronelle is by far the best. Not only is she stunning and has a great personality, but her extremely well equipped chambers and equipment are always spotless and post session care is second to none.

She looks absolutely stunning in her shiny latex outfits, which fully complement her immaculate figure. Mistress is extremely imaginative and never disappoints. Mistress Ronelle never rushes sessions and always enjoys the sessions as much as I do.

I cannot express how good Mistress Ronelle is.

If you are looking for a journey to the feminine side of your nature, Mistress can arrange not only the dressing and make up but take you to the mindset required.

It starts with the dressing, but then the discipline and introduction to the necessary ‘skills’, until you pass the point of no return.

I started this way and under Mistresses instruction and became addicted to being used as her sissy maid and servant. This happened in a short space of time, so beware!